Corrugated fiberboard or “combined board” has two main components: the liner and the medium. Both are made of a special kind of heavy paper called containerboard. Linerboard is the flat facing that adheres to the medium. The medium is the wavy, fluted paper in between the liners. Different flute profiles can be combined in one piece of combined board. For instance, in a triple wall board, one layer of medium might be A-flute while the other two layers might be C-flute. Mixing flute profiles in this way allows designers to manipulate the compression strength, cushioning strength and total thickness of the combined board. 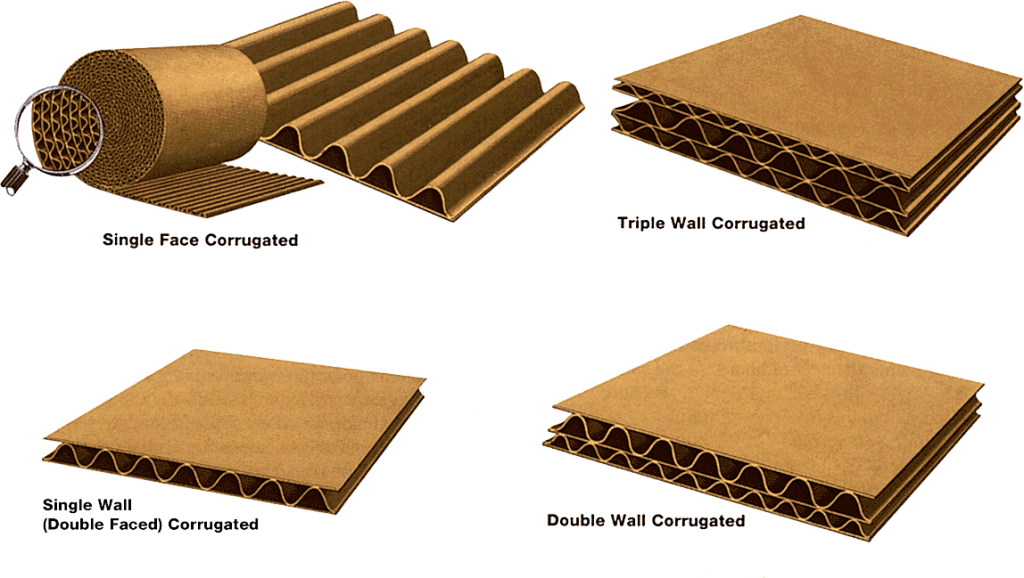 Vision : To be one of the leading Corrugated Box makers in the country by 2020.

Mission : With years of experience in the corrugated packaging business, we understand and appreciate the many challenges that our valued customers are confronted with on a daily basis. We are here to partner with you in fulfilling your packaging requirements

SGPCL welcomes your questions or comments any time by dropping a mail to us or click here to contact our Sales or Technical Support offices and we'll get back to you.
Call : +91-253 245 4000
Email : abhishek@sgpcl.in